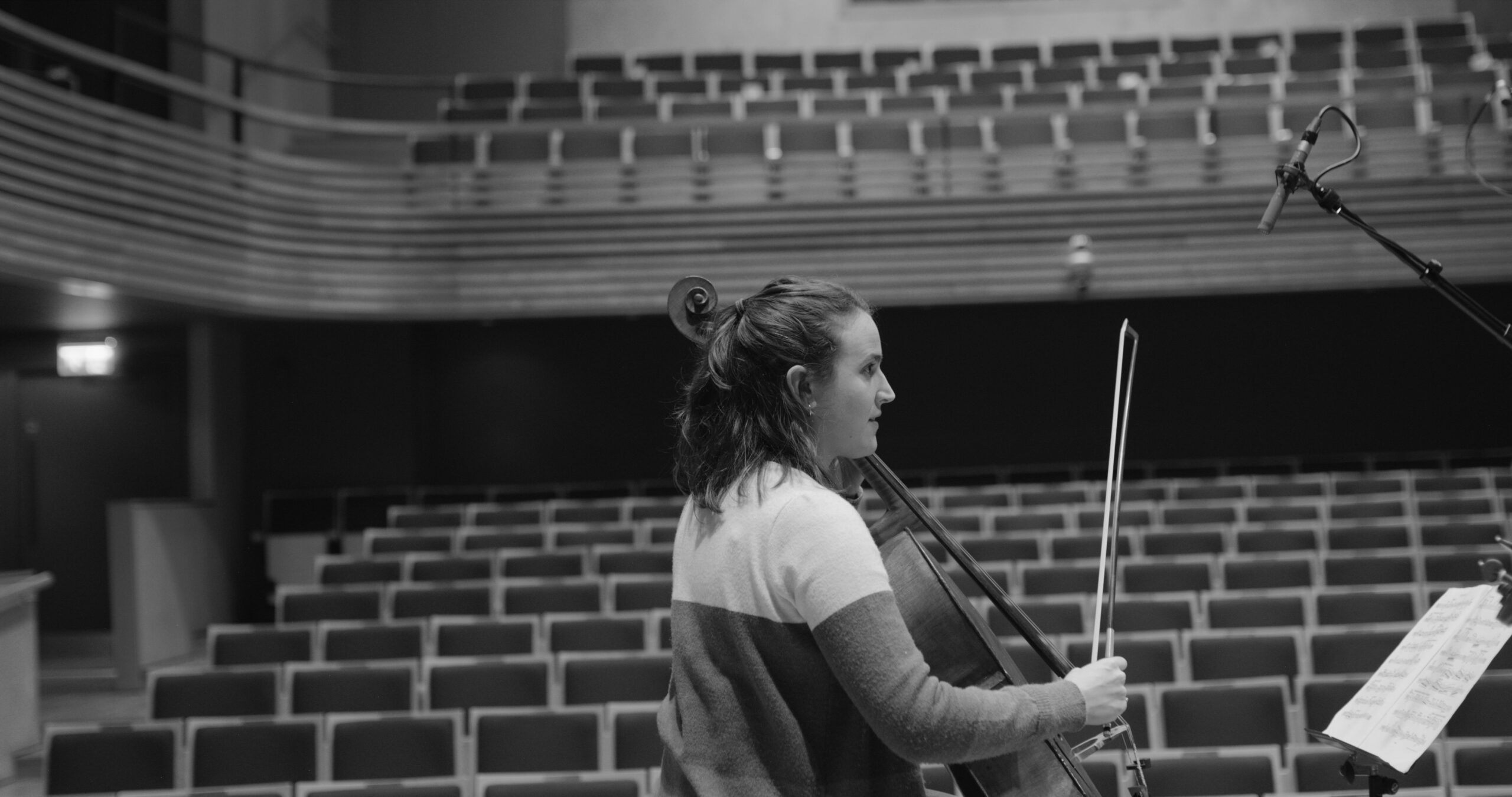 A graduate of the Juilliard School, cellist Hannah Sloane enjoys an international career centered upon chamber music.  She has participated in numerous festivals throughout UK, Europe and North America, and is the cellist of the Eusebius Quartet.  Formed in 2016, the Eusebius Quartet has been hailed as ‘excellent’ by the Sunday Times for their ‘clarity and unity of thought’.  Finalists in the 2018 Royal Overseas League, the quartet has been in residence at Lewes Chamber Music Festival, Wye Valley Chamber Music Festival and Fitzrovia Arts Festival, as well as regularly performing live on BBC Radio 3.

Hannah has recorded for Navona, Stone and SOMM record labels.  As part of Ensemble Arcadiana in 2019, she recorded a disc of chamber music by Eleanor Alberga, and also features on a recent Stone Records release of Bliss Oboe and Clarinet Quintets with the musicians of FitzFest.  Eusebius Quartet’s debut album, featuring Korngold Piano Quintet with Alasdair Beatson, recorded in lockdown in 2020, will be released this year by SOMM Recordings.

A sought after freelance cellist, Hannah has worked as guest principal cello with the Irish Chamber Orchestra, Spira Mirabilis and the Orchestra of Scottish Opera. In February 2020, she was honored to join the Orchestre Romantique et Révolutionnaire for their Beethoven Symphony cycle at Carnegie Hall in New York.  Since 2013, she has regularly played as part of the London Chamber Orchestra, a recent highlight was touring with the orchestra to South East Asia in 2019 as part of the Toyota Classics series.

Hannah regularly collaborates with EnSEmble26 and Faust Ensemble, both innovative chamber ensembles based in London.  She has performed recitals with pianists; Sophia Rahman; Eleanor Meynell; Jillian Zack and Allegra Chapman; and as a concerto soloist has played with several orchestras in the UK and USA.  With the Juilliard Orchestra in 2010, she played Tan Dun’s Concerto for Six at Alice Tully Hall with the composer conducting.

Hannah studied at the Juilliard School in New York, graduating with Scholastic Distinction in 2013. In 2012, she was the recipient of a French American Exchange Grant from the Carla Bruni Sarkozy Foundation, which took her to study at the Paris Conservatoire. Her principal teachers were Carey Beth Hockett, Robert Max, Darrett Adkins and Joel Krosnick.

Now a passionate teacher herself, Hannah teaches cello and chamber music at Junior Royal Academy of Music and Alleyn’s School, as well as coaching on South London Youth Orchestra.  She has directed courses for Junior MusicWorks, London and has worked as a musician-workshop leader on London Chamber Orchestra’s flagship Music Junction outreach project.

Hannah plays a Piattellini cello dating 1780, kindly on loan to her from the Stark family, and a contemporary Paul Sadka bow.